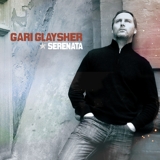 Gari has since performed in many operas including "Tosca", "Carmen", "La Traviata", "La Boheme", "Pagliacci", "Cavalleria Rusticana", and "Aida". He has also performed in several operettas including "The Pirates of Penzance", "The Merry Widow", "The Mikado", "HMS Pinafore", "The Gondoliers", "Ruddigore", and on the musical stage in the lead role of Tony in "West Side Story". He has sung for Prince Albert of Monaco and HRH Sophie the Countess of Wessex, and has performed on concert stages in England, Italy, Scotland, Wales, Ireland, Spain and Canada.

Venues have included the Royal Albert Hall, the Studio Theatre in the Royal Opera House Covent Garden, the Port Theatre (Vancouver), Hever Castle, the Royal Courts of Justice, the Natural History Museum, the Dali Museum, Squeryes Court, Chartwell, Groombridge Place, and Chatsworth House. In 2008, Gari performed in his first solo concert at the indig02 in London to a sold-out audience, and earning him many rave reviews. In 2009, Gari released his debut album "Serenata", a collection of Italian love songs including two songs which were penned by renowned composer Andrea Bellentani and Cristina Pavarotti, daughter of the famed opera tenor, and which were among several songs offered personally to Gari by both Bellentani and Pavarotti.

Gari's rich voice, humble beginnings and warm personality continue to win him a large and rapidly growing fanbase from all over the world