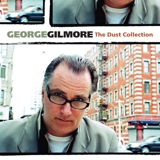 Born and bred New Yorker, George Gilmore’sgot some great songs on his new release 'I am a Weed.' Witty and nostalgic some times dark and cruel. The song itself: ‘I am a Weed’, is a good introduction to George’s irreverent style.

With his rich and sometimes fragile voice, he sings us a slightly sinister tune about the gardener’s futile struggle against nature:

“You win the fight /but not the war/ when the morning comes/ they’ll be many more.”

From there it gets darker in ‘Torn Down’ A beautifully sparse song - just voice and finger-picked steel guitar in a big empty room:

“Harsh weather has dulled your shine the last few years haven’t been so kind/ the architects have made new plans /there's a freeway going where you stand.”

A metaphor for the ravages of time and fast living. If there’s a theme running through these cuts it’s about time passing and the things we regret. But it’s not without lighter moments such as recalling a missed childhood baseball catch in “Lost in The Sun.”

George has a nice feel for the Nick Lowe style of songwriting. Everyday themes worked into simple acoustic arrangements with the benefit of some organ and electric guitar. It’s a good mix of blues, rock and folk and there’s even an atheist’s gospel song!

I know George well enough to call him a friend George and he's got some great musicians backing him up here. Charly Roth (who also produced the album) and Adam Roth on guitar help the whole thing come together. Charlie Giordano from Bruce Springsteen's 'E' Street Band and bass player Scott Kitchen do good work here too

George Gilmore – I Am A Weed

There are a few artists out there who can be said to work an American variation on the various phases of Nick Lowe‘s early career—Walter Clevenger‘s power pop and John Paul Keith‘s garage Americana come to mind—but where is the US equivalent of latter-day Lowe, the cool, classy balladeer whose quietly crooned tunes are shot through with rootsy rock & roll savvy? Right here. Flashes of soul, rockabilly, folk and even gospel illuminate George Gilmore’s tales of a man who’s been around the block enough to narrate every square foot of it with authoritative ease.

George Gilmore has been a musician living in Greenwich Village for 30 years. He has played the Smelliest of Gin Mills to the Most Holy Pristine Venues that New York has to offer. Though it has been a long road fraught with dips and potholes he has finally boiled the experience down to what he does best. Man-Guitar –Song.

“ With a full-on Rock and Roll band a lot of lyrical subtlety gets lost. I find that when I do this acoustic duo I’ve been doing (w/ Scott Kitchen on acoustic bass) the first thing people comment on is how much they liked the lyrics to songs of mine they’ve already known for years and had never heard the words before.”

The reaction has been unanimously positive in audiences across the board. Gilmore’s voice is allowed to be refined and intimate in this setting and the songs take the front seat with humor and power. So how did he get to this point?

With the droves of other earnest singer/songwriter/punk/waiter/ degenerate Kids from the suburbs of N.Y. in 1978 He tried to carve out a niche by playing Bass in any band that would have him. It wouldn’t be long though before he’d be kicking in that stall to get out and try his hand at singing. He found a kindred spirit in another Bass player Jan Marek Pakulski. Who was a frustrated Singer living in the body of a bass player for “The Fleshtones”. Together they Joined forces in an Everly Brothers- esk Harmony duo and became “The Tall Lonesome Pines” with Local Success and a few recordings under their belt they spanned most of the Eighties.

The Pines came to an end when George decided to make a courageous but sideways move to Austin Texas Which lasted a little more than a year. Upon his return to Gotham in 91’ he formed what is now The Giblets 18years later. (Who have currently released a record called “Parts is Parts” On Itunes and Amazon.com) and have for the last four years played the first Tuesday of every month at the Venerable “Lakeside Lounge”. The Giblets have run the “Gauntlet of Gigs” From little dives to Big Rooms and have always rose to the occasion.

Around the same time as the Giblet formation he was employed to write scripts for film. One of which was made into a feature called “Burny’s Last Call” (Available on NetFlix) Starring Chris Noth, David Johansen, and Sherry Stringfield. In addition to writing the script He also wrote the music with Johnansen and Musical Director Crispin Cioe which led to few more music for Film jobs like the Award winning Documentary “ Five wives, Three secretaries and Me” and most recently “ Diminished Capacity’ Starring Matthew Broderick and Alan Alda.

During this same period he joined forces with Adam Roth and the Jaded six in the role of Second Banana to Mr. Roth. The Jaded Six provided musical accompaniment for Denis Leary (Actor/ Comedian and Star of the hit TV show “Rescue Me”) for many years in Rooms like oh…Carnegie Hall. Gilmore was also spelling Adam Roth and Chris Phillips as the on stage Guitarist in Denis’s Off-Broadway show “No Cure for Cancer”.

The Klieg lights of theater called and Gilmore was smitten. “ Theater has provided for me at times what I love the most- playing music six nights a week and being a subway ride away from home.” He began a relationship with True Love Productions For Their Critically Acclaimed, Inaugural Production Of Playwright Charles Mee's "True Love" At The Zipper Theatre And Was Featured On Guitar And Vocals And Co-Wrote Musical Numbers once again with longtime writing partner Crispin Cioe. He embarked on Two more Theater productions with True Love Director Daniel Fish working As Co-Musical Director With C.P. Roth On Bard College's version Of "Oklahoma" And Most Recently "The Elliott Smith Project" an examination/rumination about the last Eliot Smith Album “From a basement on a hill”(Another True Love Production) Featured In Bard's Summers-cape Festival.

But the thing that has really been floating his boat as of late is the simple stripped down acoustic duo he’s been doing with his compadre Bassist Scott Kitchen. All of his compositions get a gentle clear treatment that really allow them to bloom and stand on their own. They can be found in Around town at the more Songwriter oriented Venue’s Like The Living Room, Banjo Jim’s, the National Underground and Pete’s Candy Store.

He’s Just released a 6 song EP called “The Dust Collection” (also Available on Itunes and Amazon.com) It's a record that is compiled from a few songs he did for some of the aforementioned films w/ Crispin Cioe but were never released before. Hence the name "The Dust Collection" Because that's exactly what these tracks were doing. Collecting dust! There are some of the best in the Biz N.Y. session musicians on it and It’s great to hear those songs revived and Thriving!

So it is this far down the road that we find Mr. Gilmore doing what seems to be he’s best at -writing songs with a slightly askew vision , a touch of good hearted negativity and sending them over the airwaves in his own inimitable Voice. It’s been a long road to get here but it’s clearly the right road. 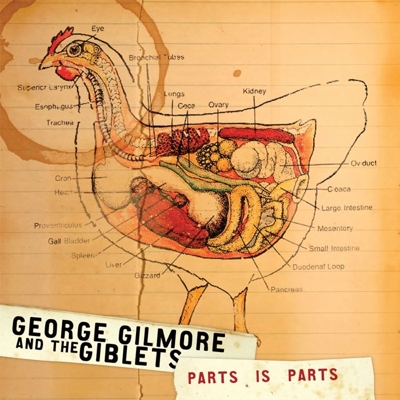 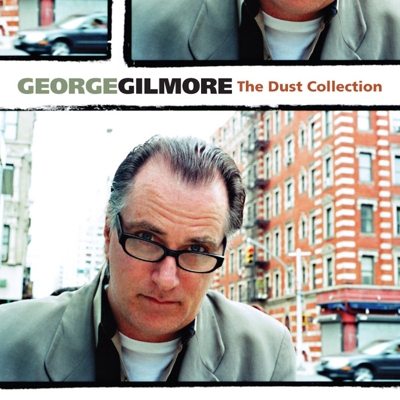 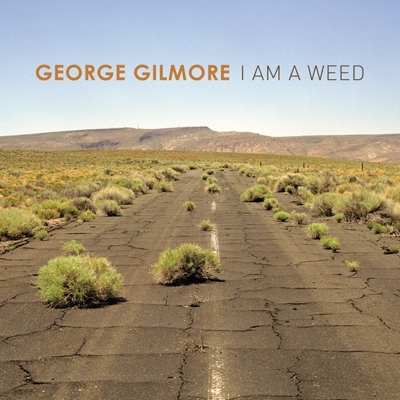