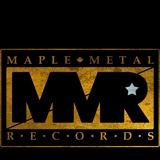 Click On the Links to iTunes for these Bands, at the Bottom of the Page !!

Montreal, QC, Canada has certainly had it’s own share of successful artists in the rock and metal world, that have become household names, e.g. April Wine, and Frank Marino & Mahogany Rush. These bands wrote great songs and shredded on guitar!

KEMILON are a 6 member power metal band from Montreal that were formed in 2008, and continue in that tradition of excellence of writing great songs with their debut ‘Twisted Storm’.

The best way to describe the music of Kemilon is to imagine the progressive elements of Dream Theater, but revving it up to the speed of European power metal bands such as Helloween and Gamma Ray. Kemilon are Canada’s answer to such acts like Symphony X and Stratovarius. The debut album of KEMILON is definitely going to ‘shred’, but it will also have a few surprises; such as a power ballad, dueling keyboard & guitar battles, and catchy, fist-raising metal anthems!

BRAVEWORDS describes KEMILON as “inhabiting a similar territory to KAMELOT, technical, yet majestic constructions relying on a healthy dose of keyboards and speedy guitars.“

“The Revolution’ is a full blown Rhapsody Of Fire whirlwind song!”

3. The Gates of Heavy Metal

For more info on KEMILON:

'Asphyxia' was mastered in Germany by Stephan Fimmers (Necrophagist).

"A Must Have Album for All Fans of this Genre !"

The first Serbian band to tour Sweden, SANGRE ETERNA performed at the 2009 edition of the Exit Festival in Novi Sad, Serbia alongside such bands as KATAKLYSM, SABATON, DEATH ANGEL and KEEP OF KALESSIN.

SANGRE ETERNA has been active since 2005, with tours in Germany, Serbia and Scandinavia.

For More Info on SANGRE ETERNA:

“Canada's answer to the Polish titans, BEHEMOTH. [...] KORPIUS offer the way to the dark woods of North America. (rating: 9/10)”

“Every now and then a band comes along that you have zero expectations for and they blow you away. Korpius have done just that. [...] I see no reason why these guys couldn’t be on the par of say a Neuraxis or Fleshgod Apocalypse. ”

“In my opinion Korpius are a very good technical/death/black metal band and if you are a fan of this genre, you should check out this band. 'SHADES OF BLACK' - A Recommended Buy”

“The track 'The Final Charge' leaves no holds barred as it balances melody with aggression, and the growls with the shrieks for a great closing track that rips through like an Amon Amarth track.”

“The song structures that Korpius deliver are well developed and there is a good flow throughout the album. They mix the brutality of death metal, give it a bit of technicality and top it off with some black metal influences.”

“Production is obviously fantastic and you wouldn't expect otherwise anyway from such a record.[...] Their experience and craftsmanship seemed to pay off as there are virtually no flaws to be found on Shades of Black. ”

“To write it bluntly: the release of the debut album by Korpius (Shades Of Black) looks like the Metal Event of the Year in the Eastern Townships.”

“The music is there; Korpius just need some intensive touring and promotion for the fans to flock to them. Having seen them live I can say that this band has the confidence and professionalism to get the job done!”

KORPIUS was formed in Sherbrooke, QC in 2003 by guitarists Philippe d’Astous and Maxime Berriault, who share the lead vocal duties. The band is rounded out by Félix Lampron-Dandonneau on bass and Paul Côté-Bérard on drums. KORPIUS have released 2 EPs in the past: a 6 song self-titled EP, ‘Korpius’ in 2006, and the latter a 4 song EP entitled ‘Apocalyptic Vision’ was released by Cryogenic Records in 2007.

This quartet plays a blackened style of death metal, combining modern blast-beat brutality, progressive elements, epic riffs and melodic solos, to produce a fresh sound. The mix of guttural and high-pitched vocals sung at the same time is one of the distinctive trademarks of the band. KORPIUS show their versatility with a wide range of songs on this album, and that death metal can be musical while staying brutal and having that punch in your face.

KORPIUS have also carved a name for themselves as being a stellar force and a ‘must see Live act’ on the Quebec metal circuit over their short career, having already played with Despised Icon, Neuraxis, Krisiun, Belphagor, and many more.

‘Shades Of Black’ was self-produced by KORPIUS. The album was recorded and engineered between July and December 2010 by Philippe d’Astous at Cheriborg Studio in picturesque Orford, QC. The album was mixed and mastered by Mat Laperle at Red Dusk Studio, just outside of Montreal, Canada.

Track listing for ‘Shades Of Black’:

7. At the point of Death

‘Awaking Terror’ is the first official Video off the album 'Shades Of Black'. It was directed by Chad Archibald of Black Fawn Films (Massive Slavery, Baptized In Blood, Blue Felix).

For the Tour dates: http://www.korpius.com/

For more info on KORPIUS:

"The Breakthrough Metal Album of the Year"- Lords Of Metal (nl)

“Global Enslavement” is a revolutionary album in Modern Death Metal. It is a concept death metal album that explores some of the darkest parts of modern history; that caused the epic failures of our society today.

MASSIVE SLAVERY blend everything metal has to offer; like extreme aggression, speed and brutality, to devastating technical riffs and melody.

This supergroup was forged by ex-members of Quebec death metal bands: Paroxysm, Descend Into Nothingness, and Decrepity.

“This is a great album from a very talented band; great production value and great performances. Riff after killer riff Massive Slavery are laying down the smack.” - Metal-Rules (3.5/5)

“This is just an awesome debut by an ambitious band that is not afraid to raise their voice!” – DeathMetal.be (92/100)

“Massive Slavery deliver a refined version of melodic death metal on steroids that grips you like a vice and beats you into submission.”

“The band is practically as modern as they come. The once established boundaries between melodic death metal and technical death metal have become heavily blurred, even a few deathcore influences get thrown in.” - Metal Storm (N/R)

“When the band completely tunes in and embraces their melodic death metal influence it easily tops anything that DARK TRANQUILITY have done since Damage Done. Hell, a lot of it sounds better than anything that IN FLAMES has done in a decade.” - Metalreviews/Metal-R-Us (71/100)

“However, even if this album may not completely revolutionize the world of Death Metal, it will still remain a beautiful work in all cases.” - MetalShip (Fr) (7/10)

“Global Enslavement : the perfect balance between extreme and melodic.

‘MAPLE METAL RECORDS is pleased to announce that Canadian death metallers MASSIVE SLAVERY have the song “Humanity’s Last Hope” avail. on the ROCK BAND 3 Video Game for the Xbox platform. A music Video was filmed to coincide with the release of the song on Rock Band.’

SUBHUMAN hit the mark with 9 songs of intense Death-Thrash Metal insanity with the release of their new album “Profondo Rozzo”.

The tempos change very fast from Death Metal brutality to ultimate Thrash riffs, and combine the technical elements of modern metal to produce a highly original sound. The dual-guitar attack, killer solos, thundering bass, and earthshaking drums are all backed by the demonic 2-voiced screams & growls by their menacing lead singer.

Formed in 2001, and voted as “Italy’s Best technical Death-Thrash band”, SUBHUMAN continue to win over thousands of fans with their killer live shows.

- “If there was a blueprint of how to make the perfect thrashed up death metal album you needn’t look elsewhere. Everything you want is right here!”

- “Subhuman are one of the most exciting new bands I’ve heard in some time. A stunningly brutal slice of Death Thrash that just gets better and better with every listen”

"Demolishing everything in its path on its way to the top of death metal ranks, comes a band out of Italy, known as SUBHUMAN. Ready for a strong dose of "death-thrash" metal, well, then SUBHUMAN’s Profondo Rozzo album is for you!"

"I Have Not Listened to something so entertaining and straightforward since PANTERA" - Truemetal.it (84/100)

"What these guys do is pure musical genius. By taking elements from the best acts of each sub-genre - be it thrash, death, black, tech, grind - Subhuman offers up a veritable smorgasbord of palatable extremity, culminating in a rebirth rather than a rehash of all these particular elements. This is a commendable feat, one which is rarely seen in a musical environment permeated with mediocrity."

"This is a fantastic band. They pretty much single-handedly steal the death/thrash crown from Scandinavia and defy any of the aging bands up there to venture south to reclaim it... and given the ferocity on display on "Profondo Rozzo", they might just wanna stay home and leave SUBHUMAN the reigning kings. Go get this!"

“The kind of brute album that will kick your ass so hard you'll be shi***** boots in the upcoming weeks. The kind of album that is aggressive enough, harsh enough and relentless enough to warm the hearts of the most merciless death metal maniacs.”

“This album could certainly turn a few heads in the music industry, I’m sure... 9 tracks that will crush your skull in!”

Click at 'Elsewhere On The Web' (at the very Top Right corner) to own the original Albums.