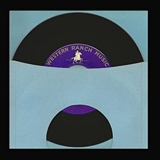 The Various Artist digitally remastered physical CD can be found by searching Western Ranch Oldie Pops on Amazon under the music category. Or, copy and paste link below:

Digital downloads are available on many on-line music stores. Click on link at bottom of this page for itunes store.

Esther Casteel started writing songs and composing music from about 1926-30. Western Ranch Music has been a record label since about 1952 and ASCAP licensed since 1968. Preserved for family and the artists and band members who recorded under the label and the writers and composers who Esther Casteel, worked with over many years. Over 200 of Esther's songs are recorded under Western Ranch Music Record Label.

Esther, designed her label around 1950, while living in New Mexico. She moved to California where she obtained her recording license in 1952. Esther was also an oil on canvas painter of western scenery, maker of Cowboy/Cowgirl and Native American Indian dolls, maker of pottery, bead and leather works and horse halters and tack.

Some Bands and Artists contracted under her label and those who performed using her songs from the 1950’s to 1995, were Cecil Ziebart and The Polka Pals, Ked Killen and The Western All Stars, Lee Felts and The Feltons, John York, Virge Brown and The Saddle Mates, Gordon Harris and Western Four. The Pell Brothers performed Esther’s song Big Earl, and recorded under Western Ranch Music and the Elliot Brothers Ork, recorded under Esther’s Label. Tex Ritter and Ked Killen performed Esther’s “Hey Pretty Mama” song. Hey Pretty Mama, earned a Red Hot Hit in 1968.

Around 1952 and into the late 1950’s, Esther managed three additional recording bands; The Westernairs, Old Westerners and Rhythumaires. In the early 1950’s when she lived in New Mexico, she had her own band called Cimmeron Sun Valley Boys. At one point in time, there were thirteen bands and seven singers contracted to Esther, including Canadian groups.

The May 27, 1967 issue of Billboard, International News, Toronto, Canada, states "The Western Ranch Label in the U.S. has released it's second single by Cecil Ziebart and The Polka Pals old time and Western music group from Medicine Hat, Alta. Their "Rose of Cherokee" backed with "Be Sure Dear" is making charts in Michigan, Ohio and Indiana, and negotiations are under way for Canadian distribution."

Esther married and started her family in about 1926. She had seven children and was forty-one years old when she obtained her recording license.

Starting about 1972, Esther Casteel became a writer for the Galt Herald, of Galt, CA. She covered the local Thornton CA, news.

Releases of vinyl records and reissues of vinyl 45's, collector mono LP's and cassettes were produced with Esther's works as late as 1995.

Esther, was a pioneer of circa 1940’s-50's Country, Western, Blues and Cowboy music and that same sound carried over into her 1960’s-70's Country and Western Retro, Blues, Rockabilly and Polka style of music.

The label and publishers licenses are currently owned and managed by a successor family member, who is now the writer member, label owner and publisher.

These unique works continue to be available under the Western Ranch Music record label; digitally remastered and returned to the market; available on radio stations worldwide and by submitted request.

Western Ranch Music Oldies, can be found by a simple on-line search. Streaming, physical CD and digital downloads are available in about 40 stores worldwide.

The Late Esther Casteel, received a trophy for her Rose of Cherokee, musical. She was named Best Western Music Writer and was listed in Who's Who in Country Music. Rose of Cherokee was the first song written and composed by Esther, circa 1930.

Rose of Cherokee earned a gold label by running 16 weeks as a top of the charts Musical Hit, circa 1967. Not long after that hit, Hey Pretty Mama earned a Red Hot Hit in 1968-69.

Author, Composer and Record Label Owner, Esther Casteel, wrote, composed and recorded hundreds of songs starting in the late 1920's and by the year 1995. Most were recorded on vinyl records.

After that, songs were available on cassette. Her most popular songs have been digitally remastered and are back on the radio and streaming online and available as a physical CD on Amazon, or, as digital downloads.

Songs are available on popular music download and streaming sites worldwide; including China. 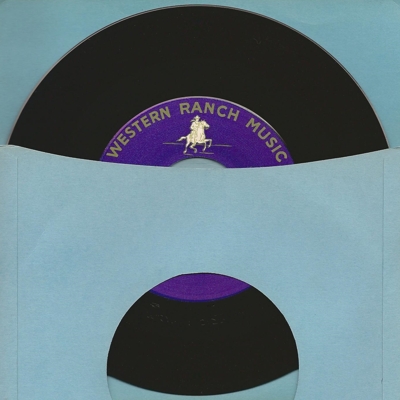